Below you will find the recording of the opening piyut called Ahot Ketana. Throughout most of Morocco the tune was the same though with some nuances that are different. Notice how sometimes I will stay high and other times I will go. The Spanish Moroccans had the custom to sing it high all the times while the rest of Morocco went low and then went high right at the end.

For Kadish, this is where the Spanish Moroccans take control. They have a gorgeous tune beginning with the last stanza hizku ve'gilu and continue it into kadish. The French Moroccan hazan will just repeat hizku ve'gilu in the same tune as Ahot Ketana and continue the kadish that way. In my synagogue I open with the Spanish Moroccan way and then the second half of Kadish I switch to the traditional tune of Ahot Ketana. 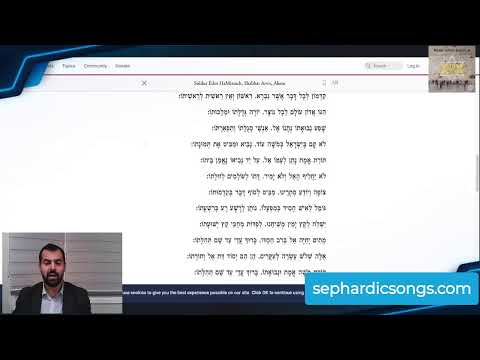